Sourcing from low-cost countries; developing offshore suppliers; setting up manufacturing plants outside the United States—this business model has touched every industry in America since the dawn of modern manufacturing. For some reason, the notion of offshoring always makes me think of bicycles.Yes, bicycles. Since the 1890s, the United States was a formidable player in that industry, and Chicago 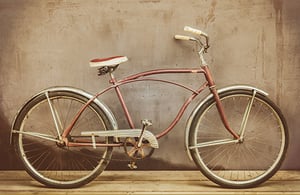 The buzzword these days is reshoring—and more and more companies continue to bring manufacturing back into the United States, and for good reason. The math works.

As an American manufacturer, we are more than pleased to see the strong case and upside to companies actively engaged in reshoring—including the medical device industry that we primarily serve.  And although we make precision metal components—not bicycles—we love seeing the resurgence of manufacturing, and great number of opportunities pedaling back into the United States.

Reshoring is a term given to the moving of manufacturing operations back to the originating country—the U.S., in many cases. A range of considerations tipped the scales and had already given way to reshoring efforts; according to advocacy group Reshoring Initiative, the number of jobs being reshored by U.S. companies has increased more than tenfold since 2010. In our world, this was led by advanced technology, quality demands, overall capabilities, and technical expertise. The economic and strategic factors that have come into play in recent years lends favor to reshoring as a way to mitigate supply chain risk, in addition to a host of other reasons. 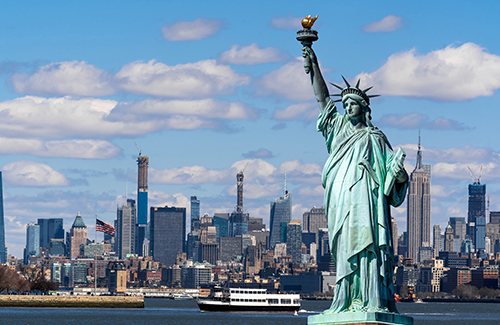 Some motivations behind this movement relate to:

Some of the lesser-considered factors, that can also fluctuate and create bottom-line uncertainty, can include:

The following are some of the benefits medical device manufacturers can gain after reshoring their operations.

Better Quality Products – Medical devices must be dependable and safe, and moving operations locally allows more control over the entire operation—procurement, engineering, production, distribution, etc.—which results in a higher standard of quality management of products. Medical device and advanced industry customers unequivocally need to have precision in their products, and value in what they purchase, and quality control is their top priority.

Decreased Shipping Time & Costs – Reducing freight from global to inland U.S. eliminates oversea freight costs, delays, and the potential for damage and other problems. It also allows medical device companies to react faster to increased demand, overall customer service, and time to market. All timelines are met more efficiently in a closed-loop distribution ecosystem. There is also an upside to distribution—it is faster and requires companies keep less stock on hand to mitigate supply risks.

Reduced Energy Costs – Due to numerous changes in the U.S., gas and power prices have dropped in contrast to other countries. Impact on the environment and achieving higher sustainability are a few important factors in keeping energy costs down. As more companies look to increase their sustainability profiles, reshoring has become a viable, green option to adopt.

Hobson & Motzer is an American manufacturing company servicing advanced industries, specializing in quality-critical precision medical device components and parts, since 1912. We are a vertically integrated manufacturer of precision metal components and assemblies and excel at precision metal stamping, coining, and CNC machining, as well as precision electro-chemical machining (PECM). Contact us now to find out how we can make your next project a success.